Why Accelerated Testing is important (and difficult…) 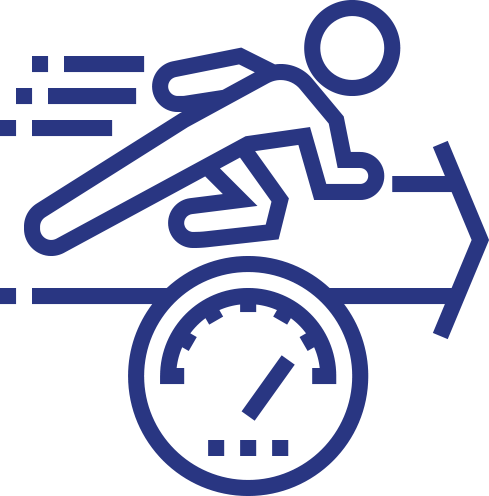 Why it is important

Considering the service times that are expected for commercial Solid Oxide Cell (SOC) stacks (5 years and more), it is crucial to develop testing procedures that can identify how next-generation cells will behave over years of operation… without requiring years of testing!

Many research institutions and companies have shown acceptable degradation rates of cells, stacks and systems for periods ranging from a few hundred to several thousand hours, but neither reliable degradation models are currently available nor validated methodologies to evaluate expected stack durability in a practical timeframe. Accelerated lifetime tests, which enable rapid analysis of realistic degradation rates, are urgently required, as well as degradation models that enable extrapolation of realistic performance to end of service.

Why it is difficult

Generally, a great number of operational parameters influence SOC degradation during operation, each contributing according to characteristic times and intensities, often in convoluted or even contrasting fashion. Simple “aggravation” of test input parameters (e.g. temperature, current, atmosphere) can thus lead to non-representative accelerated degradation of a component if concurring effects are differently influenced. This leads to a biased end state of the component investigated.

For example, extensive studies of the effects on SOC positive electrodes of chromium evaporation from hot steel components have shown that aggravating different test parameters leads to diverging responses of the governing mechanisms (dissolution of Cr species in the perovskite phase, deposition and electrochemical volatilization of Cr species on active sites), see the Figure below. From the trends depicted, only varying current density could generate a coherent variation of the mechanisms (though the slight divergence of influences would need to be taken into account).

What we are going to do

The industrial partners in AD ASTRA (SOLIDPower and Sunfire) have among the most extensive records of SOC operation in the field, and world-class expertise on SOC manufacturing. This precious know-how has led to the identification of three critical components limiting SOC stack lifetime:

These critical areas were already identified in the FCH JU project ENDURANCE, where a preliminary Failure Mode and Effects Analysis (FMEA) has been carried out, and by the SOC manufacturers through in-house FMEAs, all of which will serve as input to AD ASTRA. Furthermore, two types of applications will be considered that are most relevant for SOC systems: